TOM RUSSELL released his first album in the mid-1970s and has since become a legend in the Americana music scene, working with many of the top musicians in his genre, such as Dave Alvin, Lucinda Williams, and the band Calexico. His songs have been covered by Johnny Cash, Nanci Griffith, Doug Sahm, Jerry Jeff Walker, Suzy Bogguss, and many others.

Russell has been painting since 2003 and his art has been acquired by the El Paso Museum of Art. A colorist in the tradition of Fritz Scholder, Russell has published two books of his art, Blue Horse Red Desert and Folk Hotel: Reflections, Paintings, Lyrics.

BISHOP’S currently has the following two Tom Russell pieces left in inventory. Please contact us with the IMG_# if you are interested in purchasing. 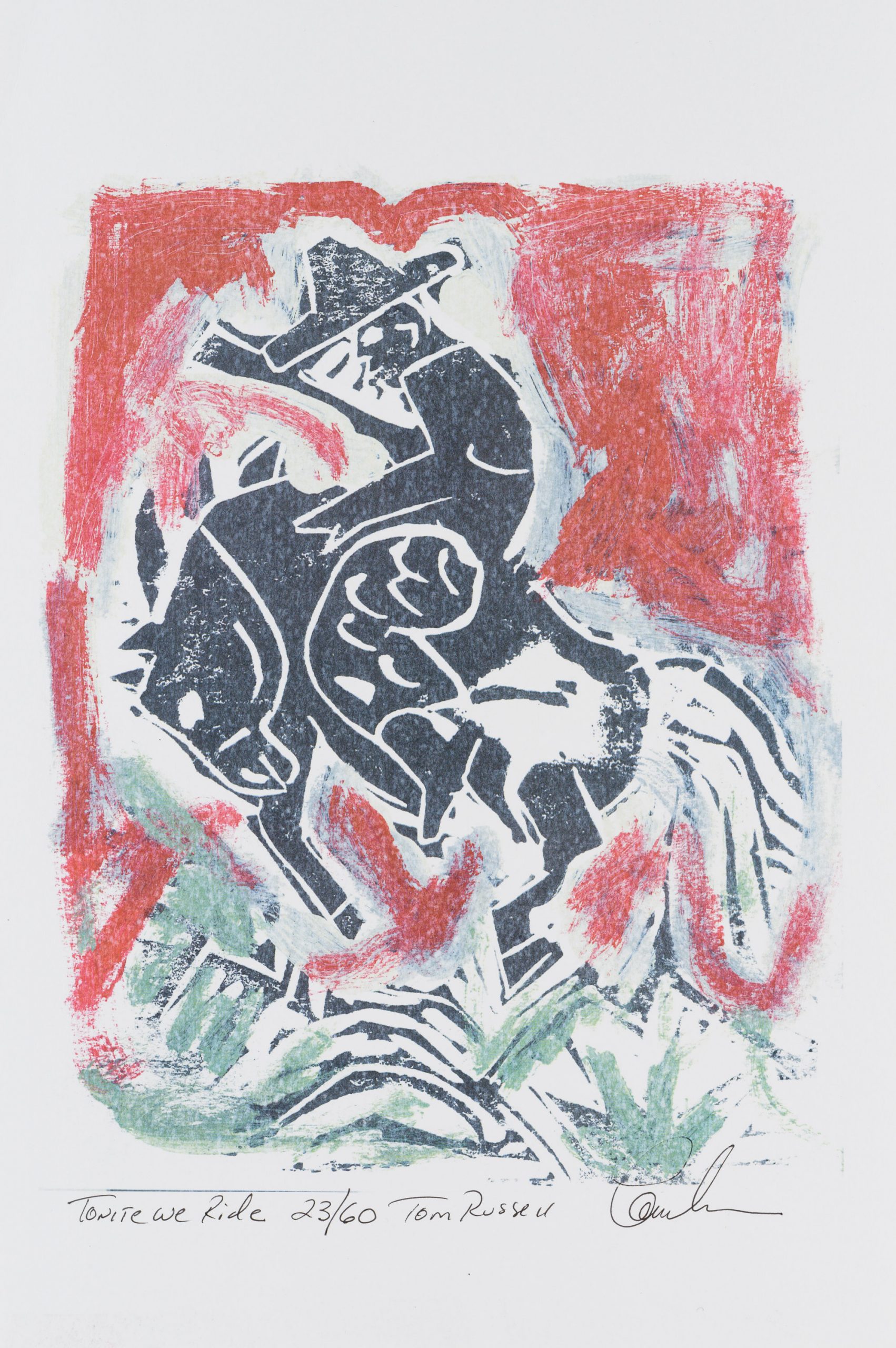 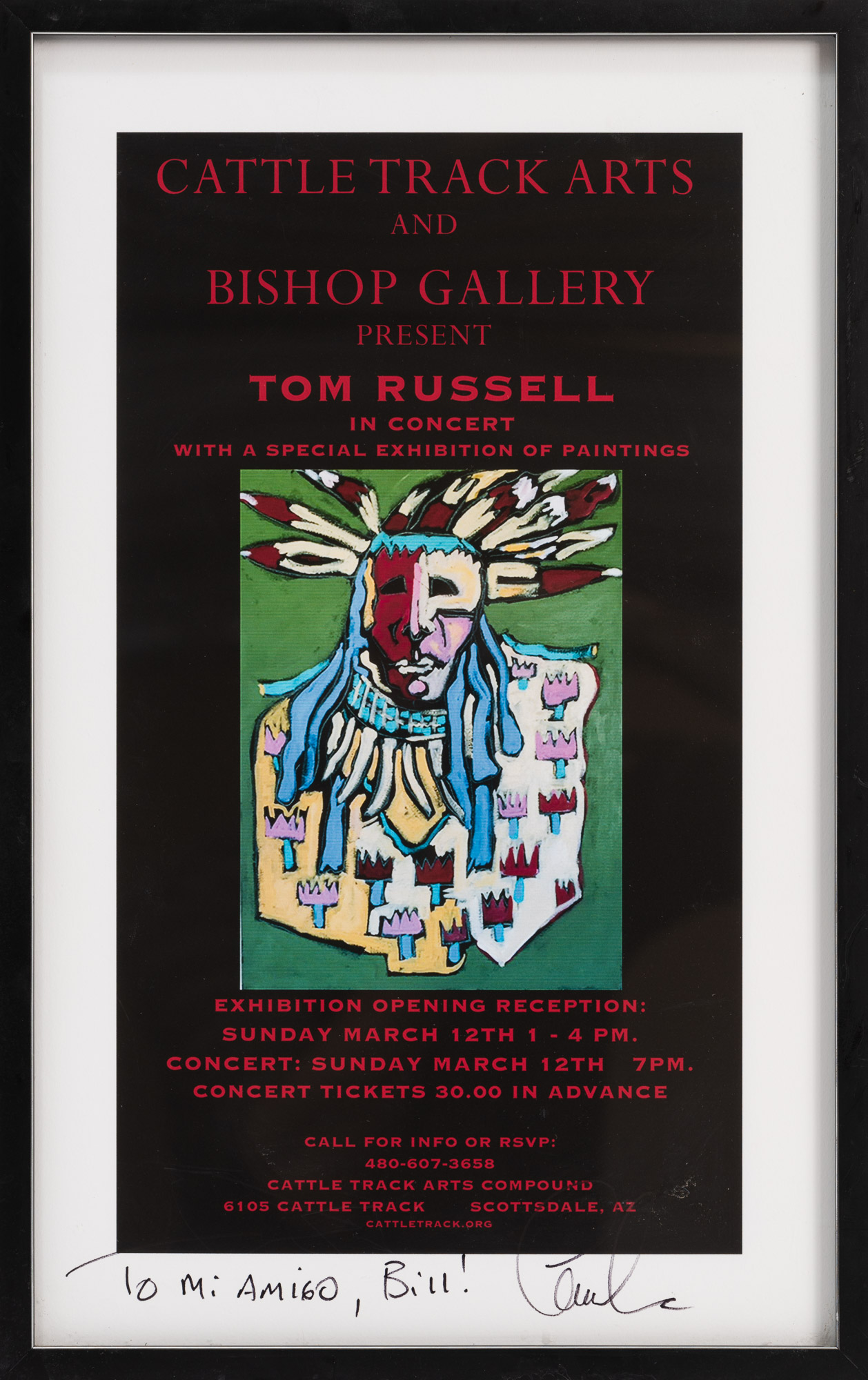